Randomness in Golf Outcomes
A look back at Tiger Woods' 2008 US Open win, what he and other players had to say about his playoff forcing birdie putt on the 72nd hole, and how it serves as a motivating example of our philosophy on randomness in golf outcomes.
By Jeremy Phillips 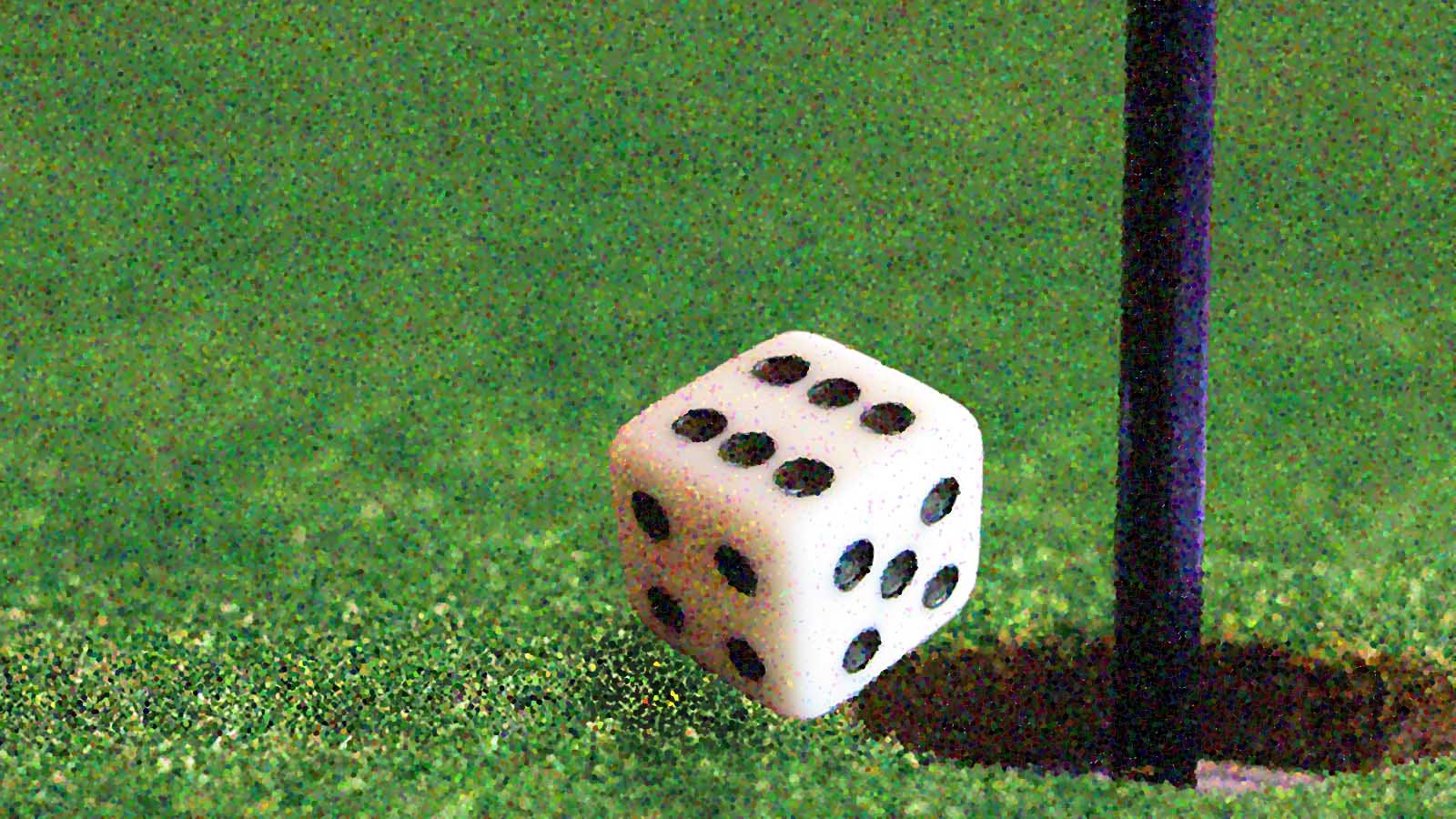 Watching sports on TV or reading post game analyses can often be a frustrating experience for someone with a more probabilistically oriented view on the world. There is a tendency to view sports outcomes as deterministic and we like to quickly call out a single or small set of distinct causes that explain the outcomes we witness. We often deem the outcomes as inevitable or predetermined and analysts and fans alike fall into the hindsight bias trap. “I knew it all along,” we might say. We can spend quite a bit of time here talking about philosophical perspectives like determinism or even dive into the psychological reasons for why we are susceptible to hindsight bias, but our goal for this article is to focus more explicitly on teeing up our philosophy on randomness and the role it plays in sports outcomes.

We all remember the putt Tiger Woods made on the 72nd hole of the 2008 U.S. Open at Torrey Pines to force a playoff with Rocco Mediate. Woods ultimately went on to win the playoff and even though him and Mediate would play 19 more holes of golf, Woods’ putt on the 72nd hole is without a doubt the most memorable moment in the championship. One year following Woods’ victory at Torrey Pines, Bob Harig wrote an article reminiscing about the event. His article included commentary from some players, coaches, and analysts. There are many comments that stick out to us in the article, but there are four comments specifically that really demonstrate two competing views sports outcomes. Consider the following two quotes from Mark Calcavecchia and Hank Haney.

Mark Calcavecchia: “I figured he was going to make it… Bounced, hobbled, wobbled all the way down there. Went in. Could have lipped out. Curled right in there. It’s the legend of Tiger Woods.”

Hank Haney: “… I just was thinking that Tiger would make the putt because he is Tiger and this is what he does.”

Their comments really epitomize the ideas of determinism and hindsight bias. They knew he was going to make it; it’s just what Tiger Woods does. Calcavecchia even goes as far as conceding how improbable an outcome it was considering how bumpy and unpredictable the greens were, but in the end, he seems to chalk it up to destiny. Geoff Ogilvy and Hunter Mahan offer a much more refreshing point-of-view:

Ogilvy: “He could hit that same putt 10 times and it might only go in twice.”

Mahan: “You could hit a perfect putt and been there 10 times and maybe none of them go in.”

Ogilvy and Mahan’s comments demonstrate a view of the world that is much less deterministic. They are informally introducing an element of randomness into the outcome. Ogilvy is essentially saying that if Woods hit that same putt with the same stroke over several attempts, he should only expect to make it about 20% of the time. Mahan is more precise saying you could hit a “perfect” putt and it might never go in.

It may be disturbing to some readers that a professional golfer could say that a perfect putt might not go in the hole. To understand how this is so requires us to concede that there are variables that influence outcomes that we simply have no control over. All Woods could do is hit the perfect putt and maximize the probability of making it; everything else was out of his hands.

Woods offered commentary about his thoughts as he lined up the now famous putt in the USGA documentary U.S. Open Epics: Tiger and Rocco. Woods explains,

Woods’ makes it perfectly clear what his objective was. It was to make a pure stroke, not to make the putt. He wanted to execute the putt such that he maximized the probability of making it, but he ultimately concedes that the outcome was not completely in his control and he was at the mercy of randomness.

Randomness exists over every shot for every player during every round of a golf tournament. One player hits his drive into a tree, and his ball bounces out-of-bounds while another player hits the same tree and his ball bounces into the fairway. The wind gusts just as a player hits his approach shot. An approach shot hits the flag and bounces off the green. There are also imperfections in players’ games that introduce randomness into the outcomes. Players have shot dispersion patterns that demonstrate significant variance in how far or how straight they hit their shots. The outcome of a golf tournament is the aggregation of all of these random events and some players find themselves on the right side of this randomness while others are cursing their bad luck.

As we develop out our capabilities at Golf Foresite, we plan to offer quite a bit of content and predictions focused on various aspects of gambling on golf outcomes. Making accurate predictions requires being able to separate the signal from the noise. That is, how much of what we observe is significant and valuable for predicting future outcomes versus how much of what we observe is randomness. It is essential that we stay objective in our analyses and resist the urge to get fooled by randomness.

During the 2018 U.S. Open telecast, in the wake of Tiger’s famous fist pump celebration, Dan Hicks exclaimed “Expect anything different?” Moments later, after having his first major win ripped from his hands, Rocco Mediate can be heard making the somewhat contradictory statement “Unbelievable. I knew he’d make it.” Let’s try to put this type of deterministic thinking behind us and start thinking more probabilistically.