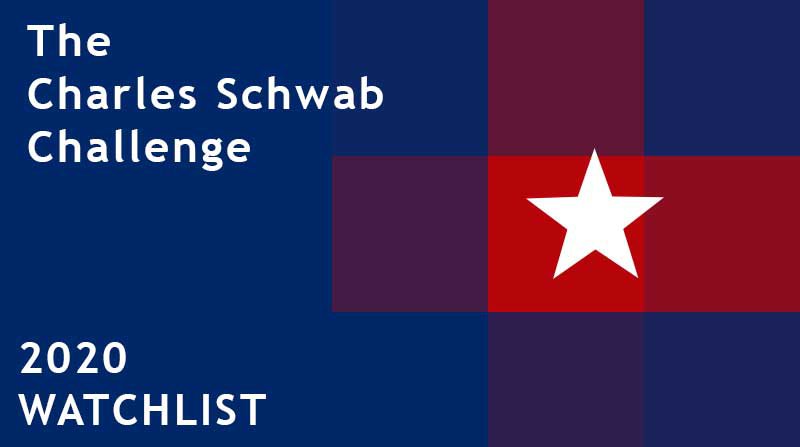 The PGA Tour restarts this week in Fort Worth, Texas at the historical Colonial Country Club. It has been a long 13 weeks since the last competitive round was played on the PGA Tour, but it is back to work for 148 players this week at the 2020 Charles Schwab Challenge.

The field is loaded with 21 of the top 30 players in our power rankings competing. Given the amount of rust these players must have and the depth of the field, anything can happen and we will be watching closely over the next several weeks to see how the players' forms are changing.

There's obviously a lot of uncertainty coming off of such a long layoff. In addition to that, there are many top talented players in the field that do not usually have Colonial Country Club on their schedule; for example, we have limited or no data in this event on Rory McIlroy, Justin Thomas, Gary Woodland, Collin Morikawa, Dustin Johnson, and Jason Day with many of them not playing in the event in the last several years.

With that said, here's who we will be keeping an eye on this week

Brooks Koepka has good memories at Colonial from his only start in the tournament in 2018. He shot a 63 in both the second and fourth rounds of the tournament on his way to a -17 second place finish. While he was playing well at the time, he definitely over performed against his average in this event in 2018. If Koepka brings his form this week, he will be one of the favorites to win.

Webb Simpson is the fifth highest rated player in the field this week according to our power rankings. He finished inside the top 5 here in 2016 and 2017. While he missed the cut in 2018, this was during a period of time when he was clearly struggling with his form. He has since risen to become one of the best players on tour and we expecting to see him lurking near to top of the leaderboard.

Harris English has consistently over performed on Colonial and could be a good player to pick up on your daily fantasy teams at a decent salary. He has made the cut in 5 of his 6 starts in this event with a second place finish in 2016.

Matt Kuchar has played in this event 11 times since 2007 and has made the cut all but once. He's had three top 10's and a 2nd place finish in 2013. Kuchar has consistently out performed against his playing form in this tournament by around 2 strokes per tournament. Given that he is currently ranked 18th in our power rankings, we expect to see him inside the top 10 if he can brush the rust off this week.

Rory McIlroy has not competed in this event before. Let's face it... the guy has finished in the top ten in 20 out of his last 24 starts on the PGA Tour and has not finished outside of the top 5 since August 2019. Until McIlroy's game starts to show signs of weakness, he will be the favorite to win every tournament.