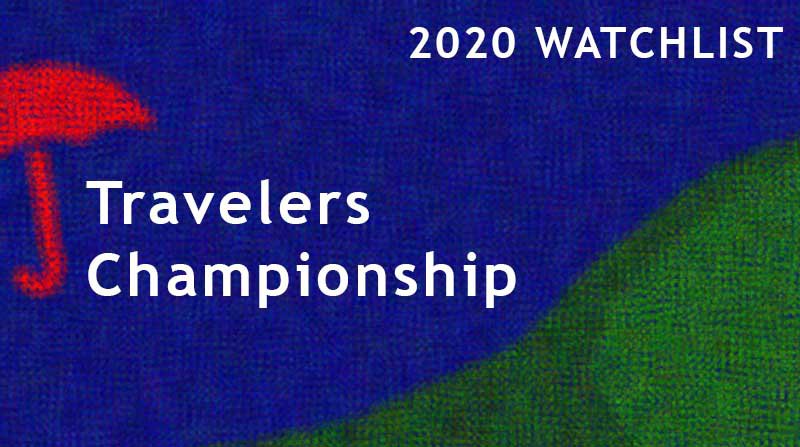 This week the PGA Tour heads to TPC River Highlands in Cromwell, Connecticut for the 2020 Travelers Championship. This is one of the few remaining tournaments that will be played during its originally scheduled week.

Despite typically being played in the week following the US Open, the tournament has had success attracting a lot of top talent over the years and we have a decent course history for most players. This year, the tournament features a large field of 156 players with 14 of the top 20 players in our power rankings competing.

With two events under their belt, we are beginning to get a better sense of how players' forms have held up over the break. We ran the numbers and here is who stands out to us this week:

Bryson DeChambeau has played his last five tournaments against stacked fields and his worst finish was a tie for 8th in last week's RBC Heritage. His other four finishes were 5th, 4th, 3rd, and 2nd. Pretty strong. He has also been a regular at the Travelers Championship and has on average outperformed his form leading up to the event by 0.7 adjusted strokes per round. We consider him to be the favorite to win this week.

Abraham Ancer moved up eight spots in our power rankings to number 15 with a solid 2nd place finish in last week's RBC Heritage. He has on average over performed at TPC River Highlands by nearly a full adjusted stroke per round. If he can continue this momentum, he will be one of the top contenders this week.

Paul Casey is making his first start since the PGA Tour returned from hiatus. He's currently ranked 24th in our power rankings with 15 players in this week's field that rank better than him. That being said, the man has had four top 5 finishes in this event in the last five years. He seems to like the place.

Brian Harman is ranked only 51st in our power rankings, but he is trending well and has a decent track record at TPC River Highlands with three top 10 finishes in the last five years. He has on average over performed on this course by 1.2 adjusted strokes per round. He might be a good sleeper pick.

Joaquin Niemann is trending up seriously in our power rankings moving up 13 spots last week to number 37. Niemann has lacked consistency over his career and in the past when it has looked like he had things figured out he'd string together a bunch of missed cuts. Niemann finished in a tie for 5th in this event last year. If there was ever a time for him to capitalize on momentum, now is it.